Award-winning artist and platinum-selling songwriter, Tebey has released the official music video for his reimagined version of his summer anthem “Song of the Summer.”

“Song of the Summer” highlights the Canadian country star’s strong vocals as he harmonizes with Irish country/pop sensation and former member of the multi-platinum UK band The Saturdays, Una Healy about an unforgettable summer love. The new song was released on June 10 via Jayward Artist Group / The Orchard / Sony Music Canada, and is available worldwide here.

The “Song of the Summer” music video was directed by Sean Cartwright and produced by The Field. Produced in accordance to COVID-19 restrictions, the video was creatively shot in three different locations with Tebey overlooking Nashville, TN, Healy in the breathtaking hills of Wicklow, Ireland, and a young couple dancing throughout Toronto, Canada. The video captures a couple’s summer romance and the reminiscence of a love that will never be forgotten.

When talking about the video and single Tebey commented, “I’ve been a fan of Una’s since she was a member of The Saturdays. I discovered her while I was living in London in 2012. When I first recorded “Song of the Summer” on my own, I was really happy with it not knowing it would eventually become this killer duet. I’m very grateful Una lent her incredible voice to this version of the song. Can’t wait to sing it with her live!”

For the past few years, Tebey has been building an international fanbase. Performing tours and doing promotional visits in the UK and Germany, he has been fulfilling a dream of connecting international audiences together through his music. When originally recording “Song of the Summer,” Tebey had no idea that it would become a powerful duet. However, he met with Healy to collaborate, and the two decided that they could remake Tebey’s ode to bittersweet summer love – “Song of the Summer.” Together, their voices blended and created an electric hit. The music video takes the song to new heights and invites the audience to remember their own summer romances.

Healy commented, “Tebey is such a brilliant artist and songwriter and it was an absolute thrill when he reached out to discuss recording a track together. When I heard the original version of ‘Song of The Summer’ I instantly knew it was a summer smash and the perfect song for us to duet on. I’m beyond delighted with how our new version has turned out and I had the best time filming the video.”

Tebey is no stranger to success; his single “Happened on A Saturday Night” was recently certified Gold closely following the Platinum certification of his perennial hit “Denim on Denim.” He has over 50 million career streams to date, multiple CCMA nominations, and his recent album ‘The Good Ones’ reached #2 on iTunes Country Album Chart and #4 iTunes All Genre Album Chart. Tebey also has Four Top 5 radio singles, Four Top 10 singles and Five Top 20 singles as a recording artist and 6 #1 songs as a songwriter including “Somebody Else Will” by Justin Moore, “Dive Bar” by Gord Bamford, his own Gold and #1 single “Who’s Gonna Love You” and UK’s Pixie Lott with her Brit Award nominated single “All About Tonight”.
The Canadian superstar is showing no signs of slowing down and this summer sees him playing a handful of shows in the UK.

For more information on Tebey and his upcoming tour dates, fans can go to his website.

"Hand Me Downs" Brings Janelle Arthur And Dolly Parton Back Together 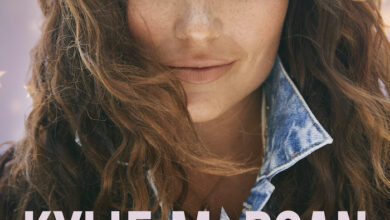