Chart-topping singer/songwriter RILEY GREEN announces BEHIND THE BAR, a seven song collection due this Friday, July 2 via BMLG Records. The Alabama native is credited on each track, continuing to connect with fans all over the country through his relatable lyrics, simplistic lifestyle and blue-collar roots. Pre-order here: https://RileyGreen.lnk.to/BehindTheBarPR. Celebrating the release in partnership with BRUT, Riley will also host a livestream of his sold out show Thursday, July 1 at Joe’s on Weed Street in Chicago. Tune in at 8 PM CT here: https://RileyGreen.lnk.to/BTB_LivestreamPR.

Opening with the rowdy “Behind The Bar” before transitioning to the life-lessons in “That’s What I’ve Been Told,” Riley also veers into nostalgic territory with his current single “If It Wasn’t For Trucks,” which MusicRow praises saying “Riley’s great country vocal, honest presentation and true-to-life lyrics raise this one head and shoulders above the rest.” Elsewhere the collection showcases his knack for flirting with a good time on “Put ‘Em On Mine” and offers sentimental touches with the Jessi Alexander duet “That Was Us” as well as “That’s My Dixie,” and “I Let A Damn Good Woman Leave,” a fan favorite since Riley debuted the unreleased track during his Golden Saw Series last Fall. 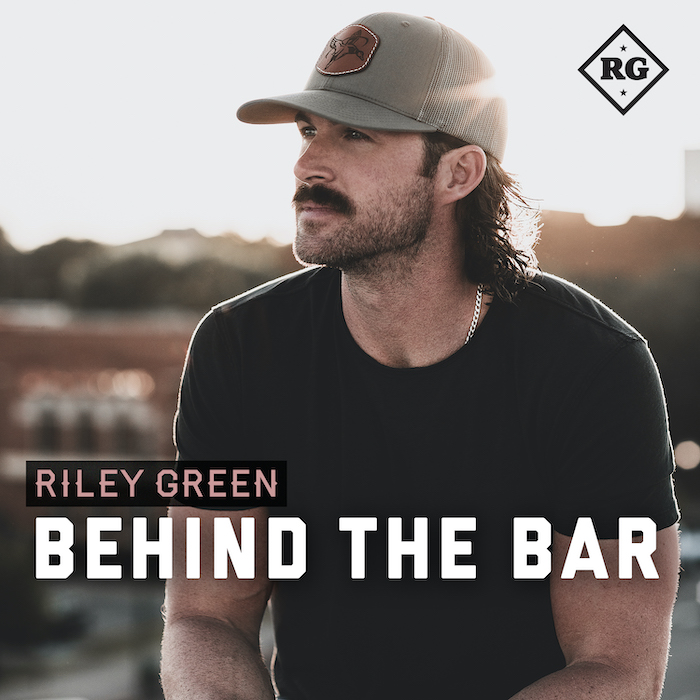 BEHIND THE BAR TRACK LISTING

Named 2020 ACM Awards New Male Artist of the Year, Billboard describes Riley’s music as “accessible, winning songs” while American Songwriter proclaims his “storytelling talents shine bright.” Whiskey Riff further notes he is part of a small group who have “brought country back to its roots: the blue collar sounds for the working man, by the working man,” evident in his No. 1 GOLD-certified debut “There Was This Girl” and PLATINUM-certified ballad “I Wish Grandpas Never Died.”

In addition to his own successful headline dates, Riley has previously hit the road with Jason Aldean, Brad Paisley and Jon Pardi. He joins Dierks Bentley’s BEERS ON ME TOUR beginning August 13 in Salt Lake City, UT. For tour dates and more information visit RileyGreenMusic.com for more updates.