Sitting Pretty on Top of the World is available for preorder beginning today at all digital retailers or by clicking HERE. Those who preorder the album will instantly get a download of the album’s lead off song “It Was Me.” The song is available now on all DSPs and for digital download HERE.

Alongside award-winning songwriters Liz Rose, Lori McKenna, Hillary Lindsey, Emily Weisband, David Garcia, Ben Johnson, and more, Alaina co-wrote 14 of the 15 songs on Sitting Pretty On Top of the World, including her “Getting Over Him” featuring Jon Pardi, which is currently climbing the country charts.

Alaina describes how personal this album is saying, “It’s about a dreamer becoming an achiever. It’s being broken and ending up healed. It’s all of me. The early chapters. The new beginnings. The hope for the future and total appreciation for the past. Taking the Road Less Traveled and ending up Sitting Pretty on Top of the World.”

In addition to the 12 brand new songs included on Sitting Pretty on Top of the World, Alaina included the two duets she recorded for her Getting Over Him EP- “What Do You Think Of?” featuring international pop sensation Lukas Graham and “Getting Over Him” featuring Jon Pardi. Additionally, the Georgia native also reached out to her friend/mentor Trisha Yearwood to remix the just recently GOLDâ certified “Getting Good” from her Getting Good EP to include as a duet on this new album. 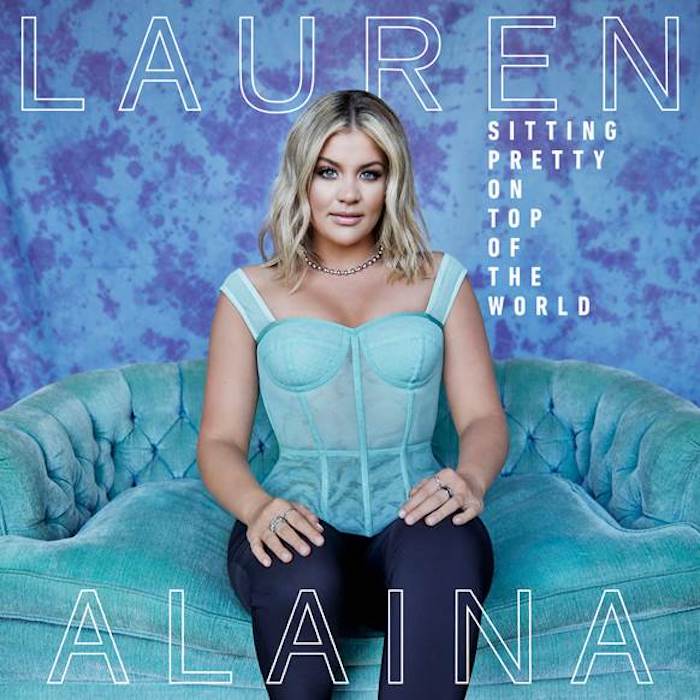 Sitting Pretty on Top of the World Track Listing:

In more Lauren Alaina news, the Georgia native will star in an upcoming episode of CBS Television’s Secret Celebrity Renovation. She will join Florida Georgia Line’s I Love My Country Tour in September and will star in a Hallmark Channel movie “Roadhouse Romance” premiering on September 11. On November 2, her book, Getting Good At Being You will be released. The book is available for presale wherever books are sold.

A World Premier Like Never Before: The Cadillac Three, BMW + Marshall