The show will take place at 8:00 p.m. ET and will be live-streamed exclusively on CMT’s Facebook and YouTube channels, and at F4LA.org/concert. 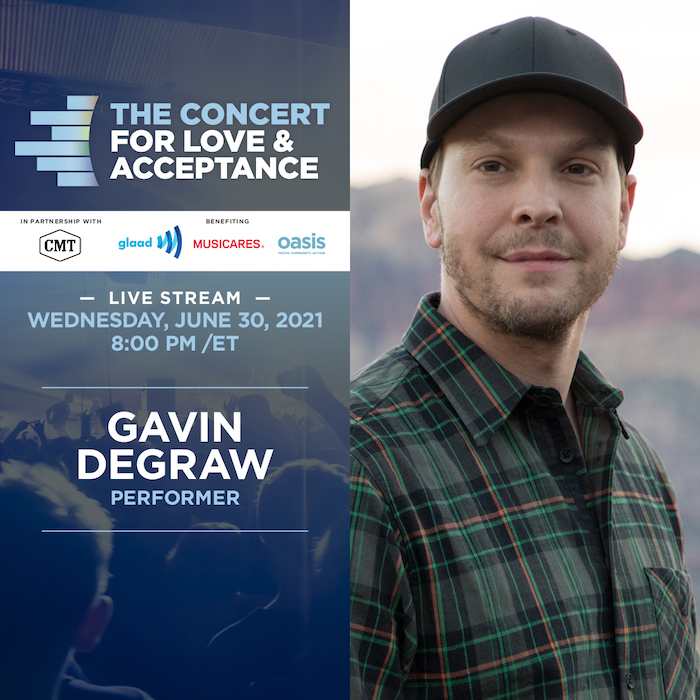 “With LGBTQ Rising Stars like Brooke Eden, Chris Houseman, Lily Rose, and ARLO on the scene making great music as their authentic selves and allies like Jamie Floyd standing alongside them, I think we can say it’s a new day in Nashville,” said Herndon. The 2021 class of honorees join last year’s recipients of the award, Shelly Fairchild, Harper Grae, and Brandon Stansell.

Produced by Herndon’s charitable foundation, The Foundation for Love & Acceptance, the Concert for Love and Acceptance returns as a star-studded online event, co-hosted by Herndon and CMT’s Cody Alan, who has hosted the event alongside Herndon since 2017. GLAAD, MusiCares and Nashville’s Oasis Center are beneficiaries of event proceeds.

During the event, Kathy Mattea will be honored with the second annual Foundation For Love & Acceptance R.A.L.Y. (Rescue A Life, Y’all) Award, presented by Herndon in recognition of her early advocacy for the LGBTQ community and HIV/AIDS awareness. Former NFL quarterback Steve Young and his wife Barbara Graham Young, both advocates for LGBTQ equality and acceptance, will also make a special appearance together in support of LGBTQ youth.

Music City PrEP Clinic is the exclusive Presenting Partner of the 2021 Concert For Love and Acceptance. The organization serves to help Middle Tennesseans live an HIV-free life through PrEP medication, education, anti-stigma campaigns, and support.

For more information and ongoing updates, as well as to RSVP for the live online event, visit the Foundation for Love and Acceptance at www.F4LA.org. For sponsorship opportunities, contact Shannon Shryne at sks@qcauseconsulting.com.

Riley Green Serves Up BEHIND THE BAR

'Proud To Be An American: The Lee Greenwood Story' To Premiere On FOX Nation