Colorado folk artist Cole Scheifele is releasing his new album The Hideaways on July 22. Scheifele describes this record as a coming of age record. It feels like an accumulation of his life up until this point. The title track “The Hideaways” is about finally letting go of childhood, and the oncomings of transitioning into adult life.

Scheifele identifies as someone who has clung tightly to the past‒memories and places that felt like safety and home always seemed to have a tight grip on me. “The songs from this album come from all over the place both in origin and timeline.” Releasing these songs into the world is sort of a final goodbye for Scheifele while also honoring all that those memories, people, and places have brought him thus far. “They are all near and dear to my heart but in a lot of ways it feels like I am letting go of these songs and stepping off the ledge into something new and I don’t quite know what that entails but I know that there are endless possibilities both musically and in life.”

Throughout the many themes of this record, the predominant theme is the feeling of being stuck and yearning for change. Things are changing and moving both in the physical and spiritual realms for Scheifele, and while that feeling of being stuck still rings true in many ways, it is starting to lift and releasing these songs is just another step towards that growth.

I couldn’t be more proud of how it turned out and I hope that it finds some people out there and offers them a little bit of anything. – Cole Scheifele 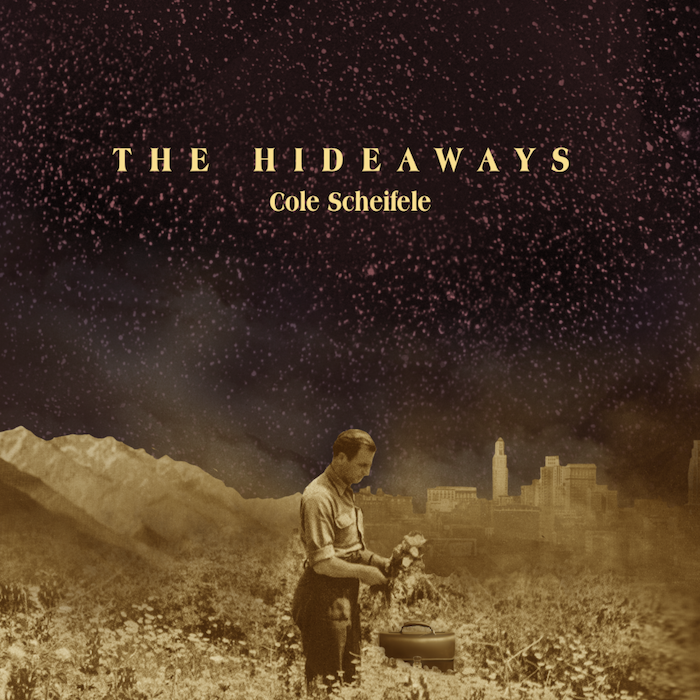 Cole Scheifele is an up-and-coming folk singer/songwriter based out of Denver, Colorado. He combines beautiful melodies with deep and thought-provoking lyrics that he says stem from his never-ending hunger to discover more about the human experience. “I don’t think we ever stop learning and digesting thoughts and feelings from the world around us” he said, “I try to go into some of the deeper parts of the mind that can be inherently scary, but also endlessly beautiful.” His debut EP Everything Matters, Nothing Matters At All was released in 2019 and is a perfect example of this, as it delves into deep human connection, loss, and existential thoughts.

Backed by a stellar local cast, Scheifele has landed gigs opening for international touring acts such as Jade Bird and was chosen as a Top 10 Finalist out of over 400 entries for The Planet Bluegrass Rocky Mountain Folk Festival Songwriting Competition. He recently caught the attention of The Fray’s Ben Wysocki, a fellow Denver musician and producer. The two teamed up for Scheifele’s first full-length record The Hideaways.